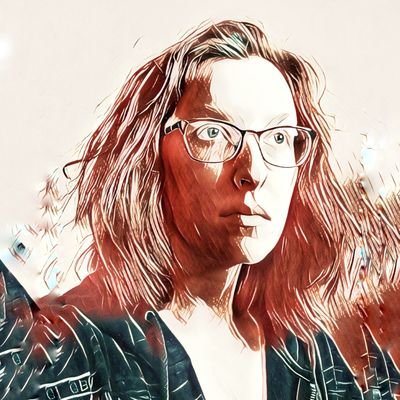 I was born in the former Soviet Union and lived all over the place before settling in the San Francisco Bay area. I have a BFA in illustration with a concentration in game arts and an art history minor from the Maryland Institute College of Art.

I’ve been working in videogames, first as a hobbyist modder and now as a professional developer, since 2004. While I am currently a producer, I also have professional experience in Quality Assurance and Concept Art.

I have two cats, a dog, and spend too much time on the internet.

I started at Ascendant as an Associate Producer, and was promoted first to Producer and then to Senior Producer in the three years that followed. During that time, I have performed just every production task possible, such as making and maintaining schedules for the game and for individual features, booking and running meetings and doing followups, acting as scrum master, anticipating and preventing risks to the project, helping to make calls about scope reductions and development priorities, writing tutorials and documentation, working to set up relationships with Sony/Microsoft/Epic, setting up software and maintaining our task and documentation databases, running internal and external playtests, finding and onboarding outsource partners, writing contracts, and generally advocating for the health of the team and the quality of our AAA title and its brand new IP.

I have also worn a lot of hats outside of production, including covering facilities needs, being the primary liaison for website and social media contractors, recruiting, and helping to run IT (including our transition to WFH in March 2020). I have gotten to create trailers and art books, help with presentations, pitch in with worldbuilding, and supported the studio as it grew from a 6 person team in a literal garage to an operation distributed across three continents.

I was the assistant producer in charge of the animation team on an unreleased title. My responsibilities included creating schedules and tracking deliverables; prioritizing tasks and bugs to unblock other departments and hit milestones; communicating information within the team and between departments; as well as identifying, reporting, and mitigating risks in animation and the project at large. I consider it the job of a producer to do everything they can to empower their team. As such, I also helped out with anything else I could, including processing motioncapture data, converting animations from previous projects, and creating databases of available animations.

I worked extensively with outsourcing companies for both traditional animation and motion capture cleanup. Much of the technology on this title was new to Telltale and being developed specifically for this game, so I got to do a lot of planning and scheduling for delivering these features. I also utilized my QA experience to push for early testing to save time and improve quality later on.

Although I did not get to finish out this project, I set up test plans, trackers, and daily schedules for the team on our way to Alpha and Beta. During this time I also researched and set up new testing metrics and Hansoft schedule tracking for the department.

Senior QA Tester — Batman: The Enemy Within - Episodes 4 and 5

As senior tester, I led the team by creating test plans, communicating with developers to identify parts of the game ready for test, and generally championing the overall quality of the title. In addition to the internal team, I oversaw a team of 4-6 external testers.

I also sent out daily reports of statistics and priority issues to the team and company, organized and ran playtests, and then collated and reported the results back to the development team.

QA Tester — Batman: The Enemy Within - Episodes 1 through 3

At the start of my time at Telltale, I was responsible for daily testing in engine and on platform throughout the development cycle of Batman: The Enemy Within, using both structured test plans and a more free-form approach. I also communicated with the development team to call out subjective quality issues alongside quantitative bugs.

A YouTube show focused on the lore of the Elder Scrolls series on a channel with over 1.2 million subscribers.

I wrote most of this series based on direction from the channel owner, from initial idea generation and season plotting, to researching and writing individual episodes. I also provided directions for the artist, and worked with the channel owner to pivot the direction and style of the series to respond to fan feedback on individual episodes. Episodes have between 640,000 and 320,000 views.

I came in midway through the season to help with research and editing of the writing for this series. Individual episodes have between 430,000 and 700,000 views.

I created a variety of art for isometric buildings, props, and interactables based on the Cars universe. Adherence to the series style was a major design consideration.

I focused on creating new isometric buildings and props for various holiday events, keeping in mind what was most popular with the users and how to keep designs within the look of the Ice-Age IP.

In addition to regular concept art work, I worked closely with designers to pitch and prototype new games for the studio. This included doing visual research and proposing art direction, creating pitch decks, and making game-ready assets. I also contributed to the design and testing on these projects.

I was the sole artist on a training game for Gamestop associates, designed and coded by Adam Scott. I created all 2D art assets, including character sprites, backgrounds, and menu art.

Originally created in 1998, the Imperial Library is a website dedicated to preserving the lore of the Elder Scrolls series. I have been a content administrator since 2009, focused on documenting game books, storylines, dialog, and other content, as well as writing compilation and research articles, and maintaining our database of out-of-game content and supplementary materials. I also helped with our transition to Drupal and head up our social media efforts.

During my years with Tamriel Rebuilt, I contributed to nearly every facet of the mod project, including level design and decoration for interior and exterior environments, modeling and texturing, and QA work. Later, I held the position of Head of Reviewers (overseeing the quality of content and managing a team of testers) and Administrator (guiding the project in general and managing the team as a whole).

Tamriel Rebuilt was named Best RPG Mod by GameFlood in 2007, and the #4 Best Single-Player Mod by PC Gamer UK in 2009. It is also part of Planet Elder Scroll’s Hall of Fame.

Stirk is a small, idyllic isle located west of Cyrodiil, and includes roughly the amount of content of an Oblivion or Skyrim DLC. My contribution to the mod was the decoration of the sea floor, the creation of the castle interior, and extensive testing on the island and its quest line. I also handled all the post-release promotion and support, as well as collecting and fixing bugs reported by players.

The Hammerfell team was the most ambitious of all my projects, aiming to create a whole new province with completely custom assets. In addition to being the leader of the project (which included managing team members, making final design decisions, and keeping everything on track), I contributed design work, interior and exterior world building, models and textures, concept art, NPC creation, pathgriding, documentation, and testing.

I contributed interior world building to this mod recreating the Sheogorad region from TESIII, balancing the way that the locations looked and felt in the earlier game with the visuals and time jump in TESIV.

In addition to the large projects above, I contributed to many smaller ones, most often with the creation of models and textures, writing, concept art, or general project direction.